I have absolutely fallen in love with Labneh.
It’s a Middle Eastern delicacy – strained yoghurt rolled into small balls, eaten plain or sprinkled with spices like za’atar or mint.

So, what is Labneh?

“Yogurt strained through muslin is a traditional food in the Levant, Eastern Mediterranean, Near East, and South Asia, where it is often used in cooking, as it is high enough in fat not to curdle at higher temperatures. Dishes may be cooked or raw, and may be savoury or sweet. Due to the straining process to remove excess whey, even non-fat varieties are rich and creamy.”

It’s so easy to make at home. All you need is some natural yoghurt, muslin or cheese cloth (or any other linen or cotton cloth, ie. linen tea towel), salt, olive oil and a strainer.

I used a recipe that I found here: http://chefindisguise.com/2012/05/12/homemade-labneh-recipe/

Mix a teaspoon of salt in 1kg of yoghurt, spoon everything in your cheese cloth and place in a strainer, place strainer over a bowl. In no time, you will start to see drops of whey dripping out.
As not all of the whey will drip out on it’s own, it will need some help.

To further strain the yoghurt, a heavy object placed on top of the cheese cloth will help squeeze the whey through. I used my stone mortar, it weighs about 3kg/6lb

The whole straining process can take anywhere from 4 to 12 hours, depending on the consistency of yoghurt used.

Make sure you check and move the yoghurt sack every couple of hours. Remember to empty the whey from the bowl so the strainer isn’t touching the strained whey.

Your labneh mixture will be pretty dry, almost the consistency of Playdoh. You should be able to roll it in your palm.

Labneh will keep for months, stored in an airtight jar, filled with olive oil. Make sure all balls are covered with oil. Place jar in your pantry, not in the fridge.

Enjoy your labneh with some fresh lebanese flat bread. As I discovered, they are also great when plonked into a bowl of pumpkin soup.
I also roll mine in some za’atar (a middle-eastern spice mix).

I’m sure you will find plenty of ways to enjoy these beauties.

P.S. I have already polished off two jars full 🙂 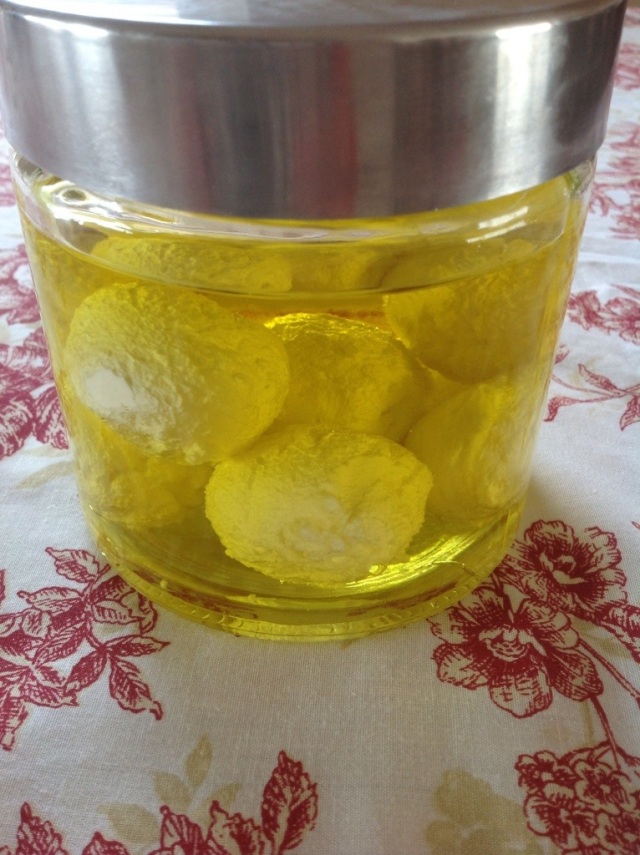 One thought on “How to make Labneh at home”